A mini Kenzo bucket back is paired with a traditional Nigerian religious costume. Two cowboy hat-wearing dandies ride mopeds in Kenzo printed shirts. The photo series Gidi gidi bu ugwu eze, “Unity is strength” in English, is unlike any fashion editorial we’ve ever come across : for the launch of the first edition of its new magazine, Kenzo Folio, Kenzo has invited UK-based Nigerian artists Akinola Davies Jr. and Ruth Ossai to reinterpret the brand’s summer 2017 collection, resulting in a collection of colourful snapshots paying hommage to the beauty and inclusiveness of Nigerian culture.

“It’s about celebrating young black Nigerian bodies and capturing them celebrating Igbo culture and traditions, showing that beauty is always present when there is a commitment to the celebration of culture,” explains curator and filmmaker Akinola Davies Jr, who directed the film accompanying the release. In the stunning collection of pictures by photographer Ruth Ossai, Kenzo pieces can be spotted amid the various ceremonies, rites, and rituals within the indigenous Igbo communities of southern Nigeria, across the three main festivals celebrated by the people of Nsukka: Onwa Eto, Onwa Ise and Onwa Esa. “It’s about Nigerians telling their own stories,” says Akinola Davies Jr.

Kenzo Folio #1 is available in all Kenzo stores.

All pictures are © Kenzo. 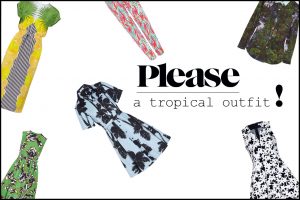 It’s time now. Pants become shorts and skirts are worn without these shiny tights we were craving for th...

Our interest for pastel keeps growing despite winter and wearing this printed shirt by Kenzo and this baby pin...

Chiara Ferragni, the girl behind The Blonde Salad, was at the Kenzo show, wearing Kenzo iconic tiger prints. ... 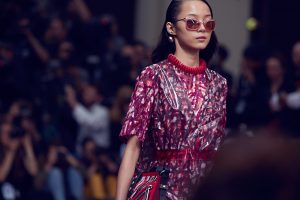