Paris Photo just got a bit more glamorous! Pierre Hardy teams up with students from the ECAL art school for a series of arty pictures, on show this weekend.

“Just show me half a centimetre of a heel and I instantly recognise the model I created!” Pierre Hardy sure knows his stuff. The designer steps into a new role for an exclusive workshop with the students of the ECAL Bachelor Photograpy students : that of both teacher AND subject. “As I myself was the subject I knew the stuff inside out!” laughs the designer. Working from the collections produced by the Parisian designer over the last 15 years, and supervised by photographer Philippe Jarrigeon, the students play with the relationship between photography and footwear, each applying their personal creative vision to the Pierre Hardy heritage. The result, a series of 17 pictures, is presented at the Pierre Hardy boutique this weekend, during the annual photography fair Paris Photo. 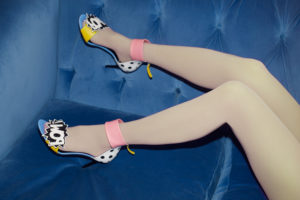 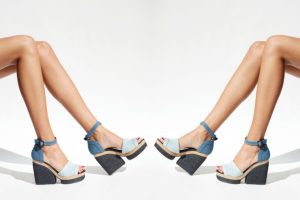 We love it when such a staple fabric as denim gets a modern makeover. Here, Parisian shoe designer Pierre Hard... 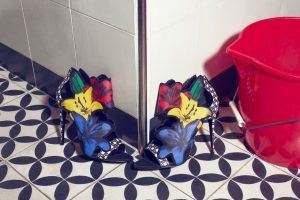 We love how graphic these printed leather sandals by Pierre Hardy are : look how the vibrant flowers clash wit... 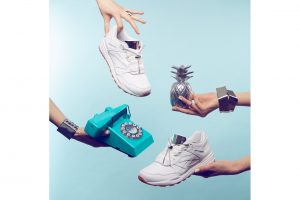 Who says trainers have to be sporty? We’re fans of the updated Reebok classic white sneaker all blinged ...