At the end of the 1990s, five English girls took control of international radio stations and Spice Mania was launched! 23 years later, they have returned for a series of concerts, finishing this weekend at the Wembley Stadium. The Please team will be there. Say you’ll be there too.

Emma, Mel B, Mel C, Geri and Victoria have marked a generation with their famous Girl Power.  In a few singles, each more iconic than the last, they reinvented pop music and opened the doors (in platform shoes) to feminism in pop culture.

Fans since the beginning at Please Magazine, they remain icons of style for us today.  From Geri’s union jack dress to Mel B’s leopard prints and Posh’s black Gucci dresses, they revolutionised girls’ style in the 90´s. Credit for the pony tail of Ariana Grande must go to Mel C (think Too Much video clip). Thank you, Next!

Truly an emblematic figure of English culture, for millions of people they still remain THE pop group. Once the power of 5, it is now only 4 – easy V doesn’t come for free, she’s a real lady – to fill the UK stadiums.

With Spice Girls fans always wanting more, this tour is a celebration that take us 23 years back in time. The Spice girls are still rocking it! Viva forever! 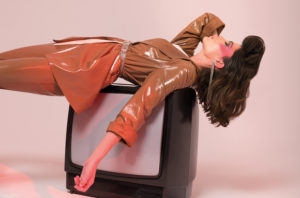 It’s time to face facts… 80s style will never go out of fashion! 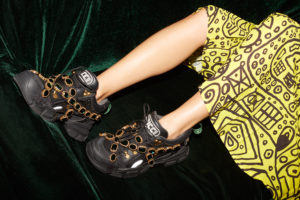 This week’s #shoesonsofa: the Gucci sneakers 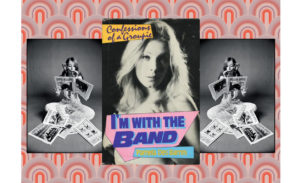 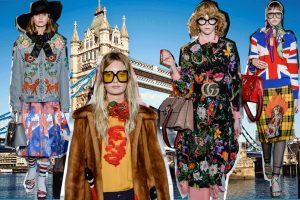