The pool at Les Bains.

Kristen McMenamy and a friend

Crazy parties during the 80s.

How did it all begin?

After my Masters Degree in Literature, I became a writer and cartoonist. One day, I was trying to tell the story of a hit man getting rid of his revolver by throwing it over the Mirabeau bridge. Seeing as there was no Google Images at the time, I decided to go buy a Polaroid to take a picture of the bridge so I could draw it. I bought the smaller model, the SX70. The advantage of Polaroids is that for about three days, you could still manipulate the image by playing around with the still-malleable chemicals inside. You could bend lampposts with a coin. Afterwards, they figured out how to make the image permanent instantly, but the charm of it all was that you could play around with your shots for a few days. I started by taking stills of the city, the rooftops, election posters, and the homeless people hanging around Les Halles at night. The first photo reportage I did was Jean-Paul Sartre’s funeral, in 1980. I didn’t shoot much of it, besides the flower wreaths. So, I was following the crowd, and the hearse was stuck at the entrance of the Montparnasse cemetery. The only way in was to go around and climb the wall. You had to jump, so I jumped! I broke two ribs because of the Polaroid camera in my jacket pocket. I couldn’t laugh for two months!

So it naturally became your job?

I was covering a lot of parties, a lot of openings, and I met the guy from L’Actuel, Jean-François Bizot. As we were both former Leftists, he told me: “oh, so you do photography. I will get you in touch with my photography department and you can work for us”. One night at the Bains Douches, he told me: “see that little North African dude over there. Take a picture of him, because he’s going to be famous.” It was Jamel Debbouze. I would also go out to the Palace, which was loads of fun! The parties were put up by Fabrice Emaer. He was gay and already dying of AIDS but we didn’t know it yet. He was stabbed by a gang of Yugoslavian guys who wanted to mug him. He didn’t give a shit about money, he’d had a successful career as a hairdresser. When he was hosting a party, he was the one who decided whether or not you were getting in. You could be a prince with money to throw around and not make it in, or could be poor yet super cool and you’d be treated like a king. At the time, one example of the poor-yet-cool was Louboutin! He was broke. When there was a New Year’s celebration, I would bring my camera and just get snapping.

I got a little Leica so I could print slides. What’s important for me is that the shot be completely clean. If you take a snapshot of a girl, her cleavage has to be completely crisp, the pack of Marlboros stuck between her breasts has to be crisp. You have to be able to read the phone number she has written on her hand and see the lipstick smeared on her cigarette. It’s a hyper focused camera. You set your 35mm lens between 80 centimeters and 2 meters, and if you’re a meter and a half from someone, everything comes out perfectly.

How did celebrities react when they were snapped?

In 1983, I crashed a Ford party hosted by Grace Jones. I was with a friend who was a chauffeur, he drove Rolls Royces. He would give me cigars that made me puke because I wasn’t used to it! He told me, “we don’t have invites, but we’re going to see the concierge!” She had a booth with a staircase that led to the basement of the Palace, the ne plus ultra of clubs called “Le Privilège”. So, we get in there and we run into the boss at the time, Claude Aurensan, who knew my friend, and he says, “hey, guys, how did you get in?” We told him that he got in through the concierge’s little passage because we didn’t have invites, and the guy said, “well, rightly so! Welcome!” So Grace Jones is there, she had this chick sitting on her lap and she was talking to other people, I can see her in profile. Her teeth looked like horse teeth! So I took a picture of her profile, thinking it would be nice to get a shot of her biting into a piece of cake or something. A year later, I find myself at an Azzedine Alaïa dinner party at the Palace, and there she was, right in front of me! I was waiting with the camera on my lap for dessert to arrive… it was chocolate cake. She grabs a slice, opens her mouth, and I got my shot! She starts screaming and throws the cake at me. I hide behind this guy who had been pissing me off all through dinner. The cake lands on him, he starts whining, and she’s like: “it’s not my fault, it’s his! He took my picture!”  So I reply: “not true! You don’t have any proof!” She had a good laugh and we ended up being friends.

You’re especially famous for your photos at the Bains Douches. What era do you think was the best for the club?

The best times at the Bains Douches was the Hubert Boukobza era, around 1985-86, the years before the Guettas stripped away everything that made the charm of the place. But it was super exclusive and private, they didn’t want people taking photos! I was able to get in because I knew the bouncers. This one night, one of them tells me “look at the guy who just walked by!” And I’m like “look at this old wanker”, and he’s like “what are you, daft? It’s Mick Jagger!” I hadn’t recognized him! I had a Leica in my jacket pocket, I clipped the flash on and waited for the right time to shoot. Mick comes over to me and he’s like “can I see your camera?”. I hand it over and he says “nice camera” before giving it back and telling me: “one day, I’ll build a museum or a chapel to exhibit all of the photos you took of me.” And the press agent said: “no pictures of Mister Jagger!” I was lucky because he was known for fighting with the paparazzi at the time!

Is there one photo you kept private?

One famous TV host, whose name I won’t divulge, say to me: “hey, guys, I’m about to do a line!” We’re at the Privilège, which, again, was the ultra-select part of the Palace. He’s sitting on the gray floor in his gray suit with a black sweater, with his line of coke. He’s like “take my picture!” and his lawyer is like “are you crazy?” Ten years later he told me, “you know, it wasn’t coke…”

What if you had to keep only one photo?

The best photos aren’t of celebrities, they’re of the girls who get bored in night clubs. They’re candid shots, bored girls picking things out their teeth. You can see their panties, they’re sitting on a pile of Heineken cans and cigarette butts on the floor. You get this incredible innocence showing through.

I’m sure you left your best anecdote for the end?

My biggest gig was this one day when Tina Turner was the guest of Cartier’s boss. I showed up late, so the press agent barks “go sit at the photographers’ table, and you can take pictures afterwards!” I grab a glass of Petrus – the bottle cost in 920 euros in 1993. None of the other photographers drank throughout the entire dinner. So I drank alone! A liter of Petrus later, I was stumbling around completely drunk, I didn’t know where my car was, I had taken zero photos, and the car somehow took me from Place Denfert Rochereau to Porte de la Chapelle, on autopilot with the top down.

See all the Foc Kan’s pictures in our last issue available here ! 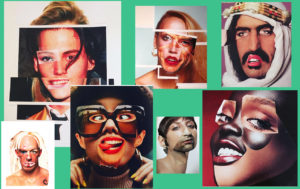 Celine Martin has been known in the fashion industry as a talented make-up artist (you can check her work here... 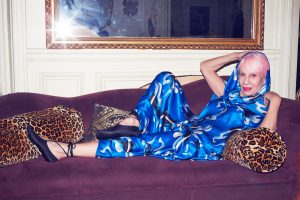 She applies her incredible creative energy to jewelry, clothes, accessories… even going so far as customisin... 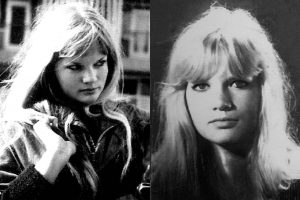 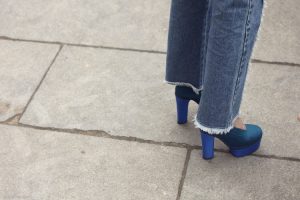 I find this old picture looking in my last year street style shots and it’s funny that I didn’t no...