The return of Pamela

We meet the unofficial symbol of California, the very lovely Pamela Anderson. Long gone are the days of running on the beach in a red bathing suit: Pamela is making her come-back into the film world, and the result is more than unexpected. We chat about image, social media, and posing for the last ever nude Playboy cover.

“The most fun I ever have is when I look nothing like myself.” This statement is coming out of the mouth of a 5ft6, baby-blonde, soft-spoken bombshell and international icon, perched barefoot on a chair eating a kale salad. Around her, a busy team is preparing for the Please fashion shoot, set in the stunning Goldstein Residence in Beverly Hills. Pamela Anderson, fully made-up and waiting to be called on set, is wearing a spectacular wig crafted by hairstylist Sami Knight. “Sometimes when you’re well-known people think you’re showing a different side of yourself in a movie or a photoshoot. But I always explain that no, this is a character, it has nothing to do with who I am really. It’s a complete departure—just like this!” she laughs as she gently tugs at her wig. “I look nothing like this!”

Pamela Denise Anderson, born in Canada, shot to fame when she was cast as one of the lifeguards in Malibu-based TV series Baywatch, broadcasting her image as the stunning beach babe with larger-than-life breasts all through the world and the generations. A true American icon, she has posed for more than 15 Playboy covers, and made cameo appearances in countless US movies. In real life, Pamela—Pammy for her entourage—is warm, polite and surprisingly loquacious, delivering a constant stream of chatter in a girly, slightly breathless, distinctively Californian voice. As Frenchies, we couldn’t not mention her collaboration with accessories designer Amélie Pichard, our own little national treasure, that launched in Paris at the beginning of the year. Shot by David LaChapelle, the campaign for the Amélie Pichard x Pamela Anderson shoe collection—a subtle mix of sexy classics with an American twist—features the actress in all her glory, shot against cinematic backdrops in that typical LaChapelle saturated style. “Amélie is so talented!” she gushes. “She’s an incredible young artist, and such a savvy business woman. I wanted to invest in her and see what would happen.”

The line is 100% vegan made, a particularly important factor to Pamela: a fierce animal rights activist (we all remember her particularly striking, and unclothed, campaigns for PETA—“I’d rather go naked than wear fur”), she launched her own line of vegan-made UGG-style boots, which she created when she learnt with horror about the way the original shoes were made. She doesn’t understand the public’s reluctancy to buy into the vegan way of life: “Maybe it’s ahead of time,” she shrugs. “People have this conception that vegan is not luxurious, when actually it’s even more luxurious because it’s even harder to put together. Then again, there aren’t many glamorous vegan shoes out there, except Stella McCartney. And now Amélie!” 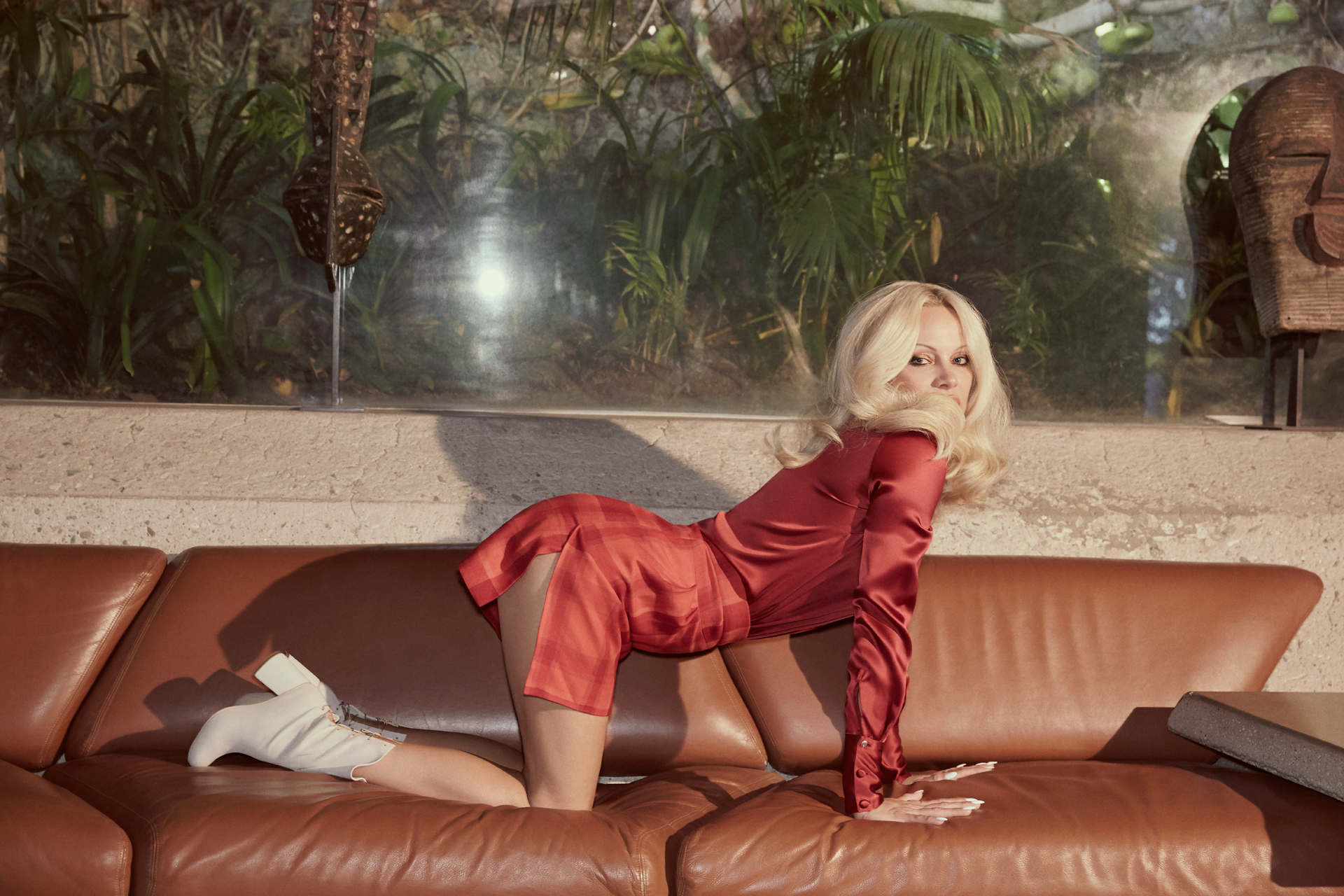 “We’re all trying to find meaning in our lives.”

Fashion isn’t the only area Pamela is willing to explore. May this year marked her return on screens : she starred in a short film by budding film director Luke Gilford, a striking departure from the roles we’ve been used to see her in. “I’ve learned that I like to play characters other than myself,” Pamela says. “I get so many offers to do cameos in films, it was always easy to do and convenient because I had young kids and didn’t want to be away from home long, but it wasn’t really that satisfying. I haven’t applied myself theatrically to anything before, because I was just running around in a bathing suit, then having kids, and one day I thought, this is the time. Let’s do this, let’s get really raw and start from there. Luke had to really fight for me, because no one believed I could do it.”

In Connected, Gilford’s 10min-long short film, Pamela plays Jackie, a spin instructor and strict follower of the “green way of life” (complete with excessive yoga, juices, supplements and meditation), trying to give her life a new meaning. She joins an eerie cult-like convention in order to get connected to the rest of the world. Aside from the plot line, the most striking element of the film is Pamela herself—her character is pictured as startingly vulnerable, brutally exposed in an almost clinical way. In one powerful scene, Jackie studies herself in the mirror, scrutinizing every particule of skin, hunting for wrinkles and any other sign of ageing. “The film is a metaphor for how women are treated after a certain age,” Luke Gilford explained to W Magazine after the film’s release. “Of course, it’s larger and more universal than just women, but it speaks specifically to women and beauty—and how after a certain age, they are just kind of discarded.”

A strong issue to tackle, and a brave step for Pamela. She remembers catching a glimpse of herself in the monitor, after shooting the mirror scene in which she is lit with ultraviolet light. “I saw a little flash that was stuck on the screen, and I was kind of shocked,” she laughs. “It was actually eerily kind of cool-looking, if you can take yourself away from the fact that you’re the one in the picture. It’s a really bizarre image, but it was good to do.” She brushes away the topic of ageing, insisting that the real core of the film is evolving as a woman: “We come to a certain point in our lives when our children have grown up, possibly our marriage has ended, and we’re trying to find meaning in our lives. So we want to be connected to other people, but also want to meet somebody, to have a relationship, because you’re watching your kids grow and feeling very alone in a world where social media means you don’t really need to be alone anymore. I think we’re all kind of struggling with that.” 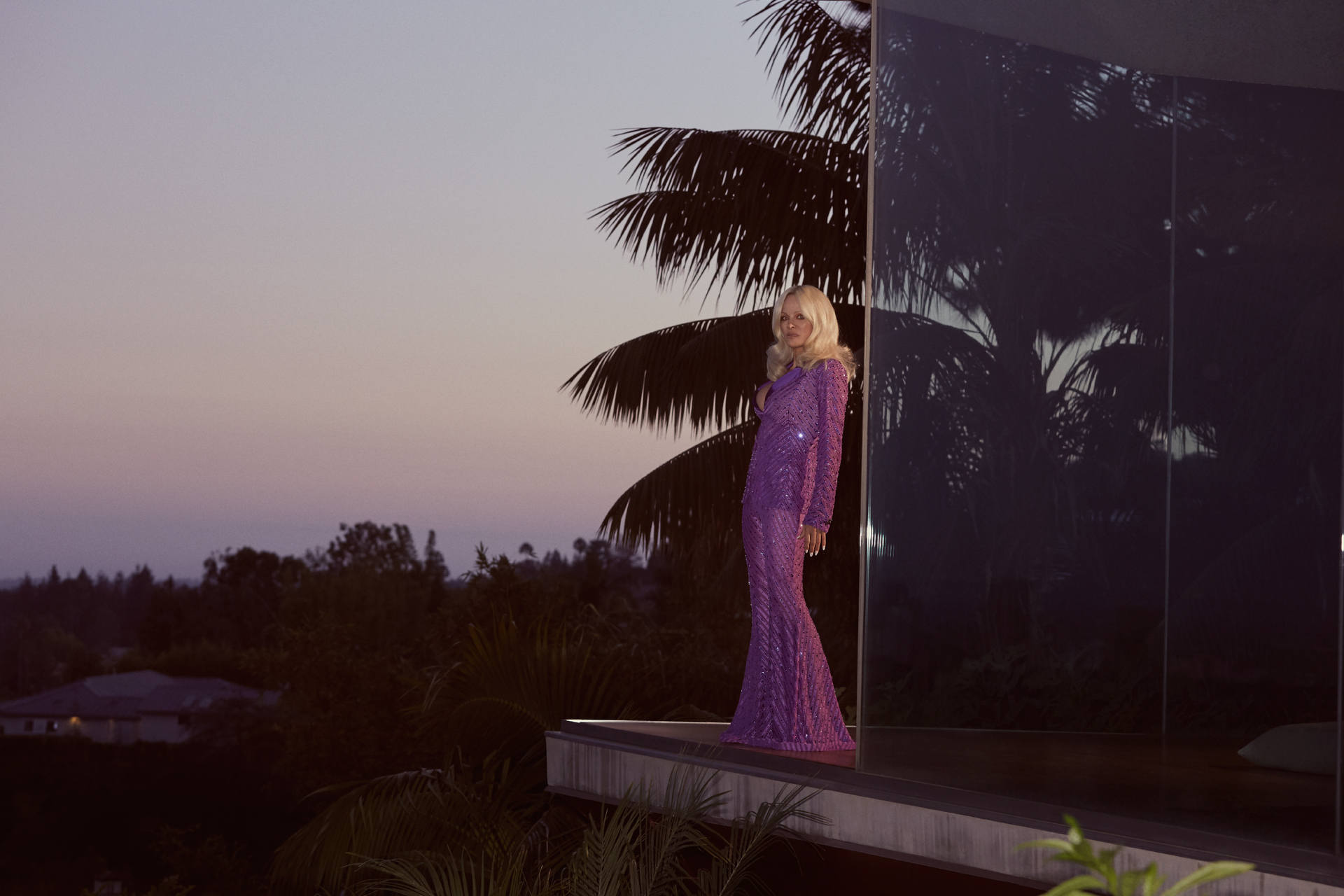 The topic of social media comes up a couple of times during our interview. Pamela admits to regularly submitting to digital detoxes, leaving her computer and phone alone for several months in order to “reconnect”. She has her own personal Instagram account, but only follows her sons. As a mother of two millenials, Brandon, 20, and Dylan, 18, the growing importance of image is something Pamela is very concerned about. “It’s a really strange time. Sometimes girls will come over to our home, and my kids will go, They look nothing like their pictures! And I’m like, Of course they don’t! These 17 or 18-year-olds are manipulating their images, putting out how they want to be seen. Where do you go from there? What are they going to be at our age?” We come to the topic of Playboy, and the magazine’s choice to no longer feature any nude pictures, in response to the mass-availability of similar pictures on the Internet. “People are getting so desensitized,” despairs Pamela. “Everyone is taking pictures of themselves, retouching them and putting them out there, and no one knows who you’re really seeing. How do people even know how to make love anymore? It’s taking more and more for people to be aroused, it seems as though all this is disappearing, and it’s very scary. Everything is so visual now, it’s all about the Internet.” She remains attached to the magazine’s ideals: “Playboy wasn’t sleazy. It was fun, sexy, and innocent too. I’m only just realizing that time might be over. It’s so sad.” Pamela, a frequent visitor of the Mansion, was called in to pose on the cover of the last ever “traditional” Playboy, released in January 2016. She had posed 15 times for the magazine throughout her career—more than anyone in the magazine’s nude history—and never thought she’d be at it again. Until the day she gets the call from “Hef”, who remains a good friend. “I was standing next to my son Brandon, and he goes, You have to do it! Of all the things you get offered, this one you HAVE to do, Mom! So I say, Ok Hef, my son says I can do it.” And just like that, history was made.

Connected will be made into a feature film later this year. Watch the short version here.

This story was first published in Please! Magazine 20 The L.A. Issue, out September 15th 2016 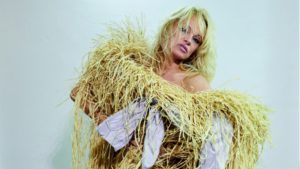 Our favourite Californian is back! Meet the face of the Vivienne Westwood by Andreas Kronthaler SS17 campaign. 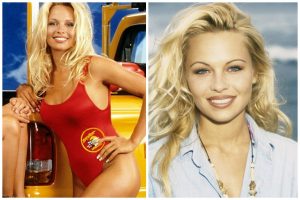 Our muse this week is a very special one. Blonde bombshell known for her iconic skimpy red swimsuit, famous Pl...

In Los Angeles with Amélie Pichard

We’re dreaming of the American West Coast… She might not be a local, but Parisian accessory design... 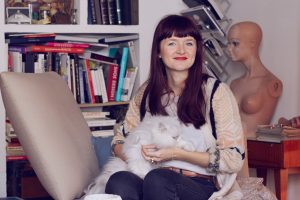 Mixing PVC, cork and fake fur, Amélie Pichard’s creations are truly out of this world. The shoe designe...